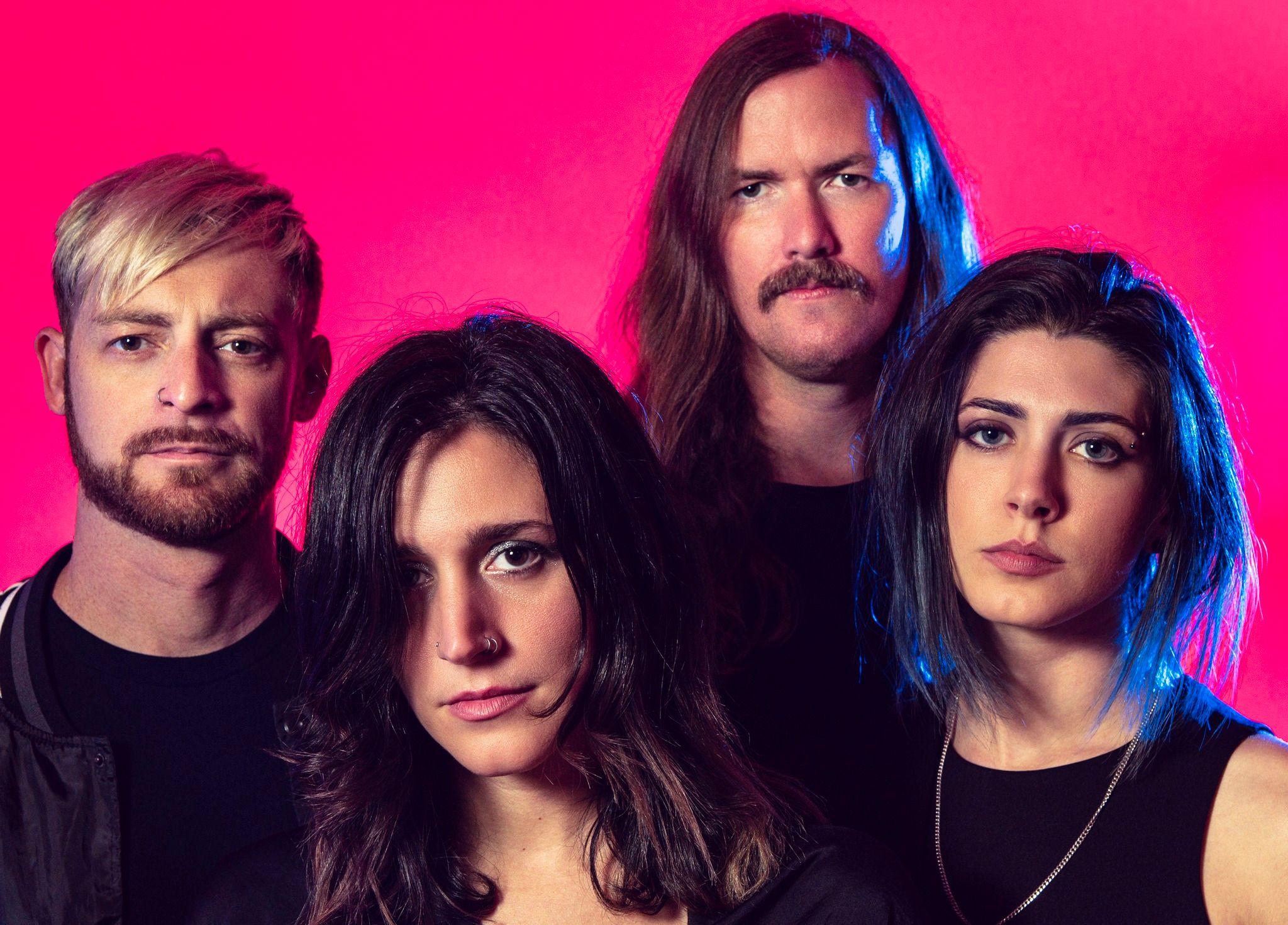 The Floridian band’s debut album, Crisis Actor, is effectively a “best of” culled from a decade of songcraft. It’s an arresting, singularly evocative and authentic expression inspired by Pixies, Kate Bush, Talking Heads, and Tori Amos, yet not sounding like any of these – or anyone else.

First formed by Cristina and her bassist sister Alex as teens, Sandman Sleeps reconvened with renewed passion in 2019. In between came spells of separation and togetherness, of depression and exploration, in art school and in various cities and bands. But the sisters missed their unspoken sibling synergy. Enhancing this with drummer Karsten Andersen and guitarist Zack Jones, they embroider songs old and new with honed musicality and diverse life experience.

​The record’s dynamic arrangements and Cristina’s glacial, borderline Bjork timbre lead by the hand rather than beat over the head. There’s a subtle yet insistent power of suggestion in its soaring melodies, lurking basslines, and shape-shifting guitars. Pictures are painted as much by words’ sound as their literal meanings. Crisis Actor knows no boundaries and never panders, instead letting us run with its emotional hints to our own destinations, different on every listen.